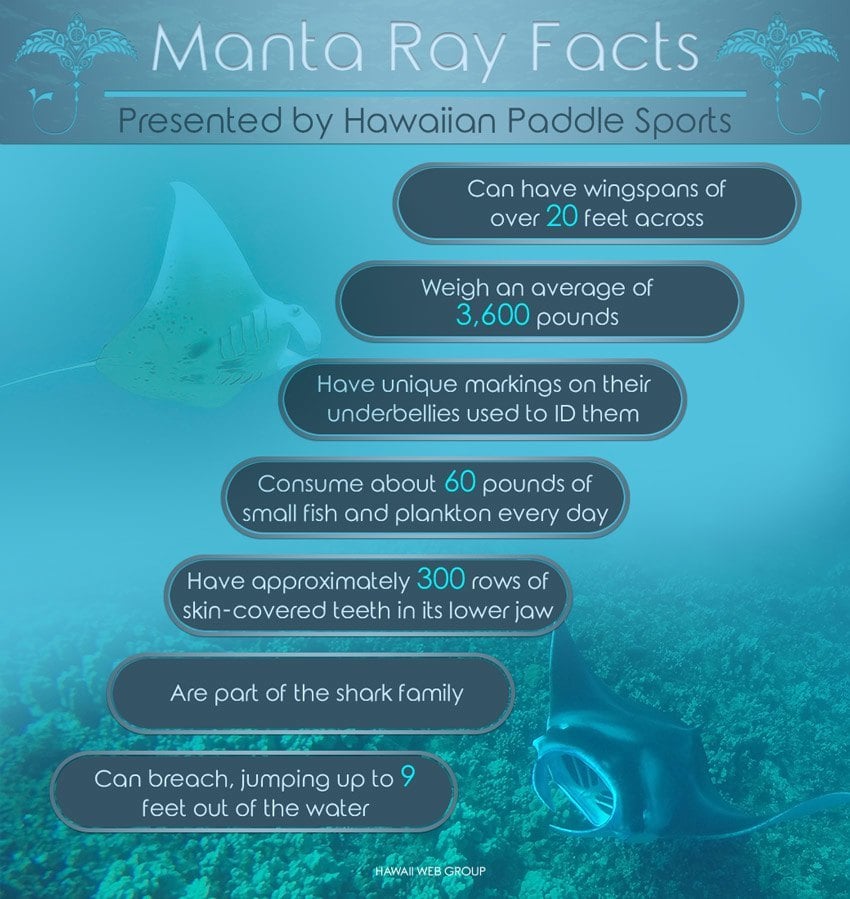 If you’ve ever been lucky enough to see a manta ray gliding gracefully along the ocean floor, you know how breathtaking these animals are.  As more people become educated on the manta rays, our ability to protect them is heightened.  Our mission is to join forces with the Manta Pacific Research Foundation and share some information that will help you join in the movement to support these creatures and their environment so they’re around for our kids and grandkids to marvel at! 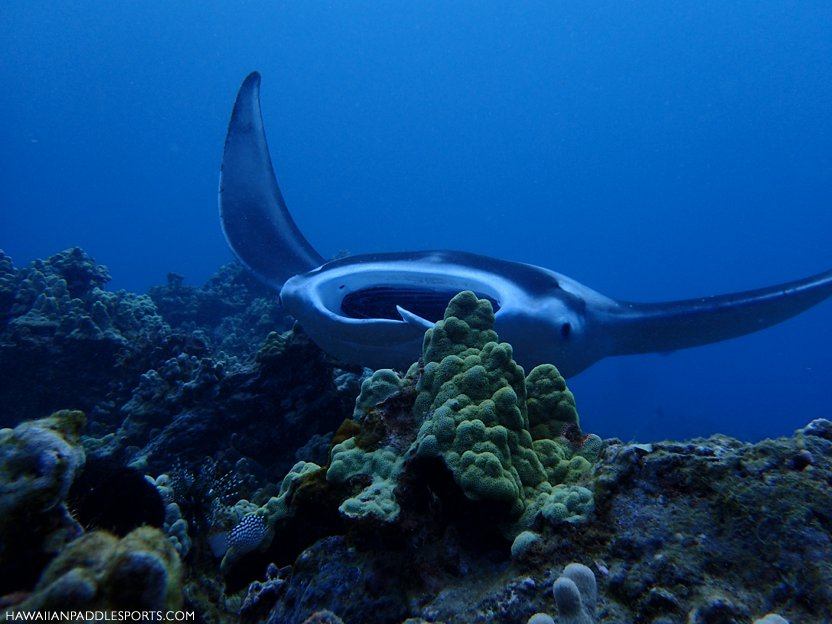 With a wingspan that can reach over 20 feet across and weighing an average of 3,600 pounds, manta rays are one of the largest animals in the ocean.  Unfortunately, they are also known for being considered a “vulnerable” species, thanks to ocean pollution, entanglement in fishing nets and the harvesting for their gill rakers used in Chinese medicine.  The Convention on Migratory Species of Wild Animals protects them in international waters, but they are more in danger as they get closer to shore and closer to tourists.  Thankfully, there are organizations like the Manta Pacific Research Foundation.  Their mission is “to study manta rays in their natural habitat, conduct scientific research, provide education programs for the public about manta rays and the marine environment, and to establish and promote global manta ray conservation.”

The Manta Pacific Research Foundation has an interactive program that enables divers and snorkelers to connect with the manta rays.  If you spot a manta ray and are able to snag a clear enough picture of their underbelly (without invading their personal space), you can submit it to the foundation and they will log it into their system.  If you are the first person to spot that manta ray, you can name it! 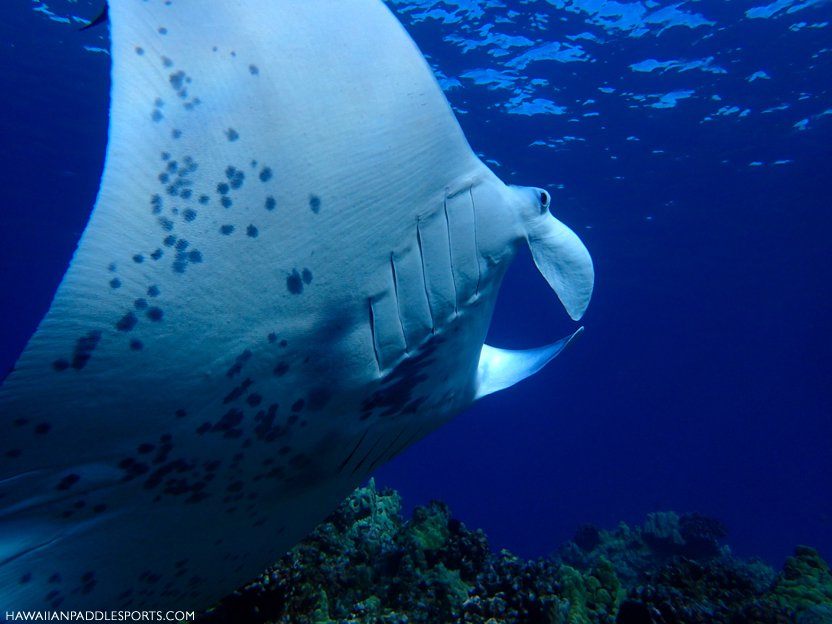 Many people wonder how you could tell one manta ray from the next.  If you’re able to catch a glimpse of their underbelly, you’ll see big blotchy spot patterns.  These patterns are unique to each manta ray, just like fingerprints are unique to humans.  These spots are used for accurate identification.  The Manta Pacific Research Foundation keeps very thorough records of these mantas that are spotted, and continually update their information whenever there is another siting of that manta.

Some of our guides have been given this golden opportunity, which has only increased their enjoyment and appreciation of their jobs spent in the ocean.

Clayton Watkins had a few cool experiences at Honolula Bay, catching a few pictures of the manta rays that were hanging out there.  When another guide told him about the Manta Pacific Research Foundation, he knew this was an organization he wanted to get involved with.  He was stoked on the idea of naming a manta ray, and being able to track it.  “Seeing a manta gliding along the bottom while you are snorkeling is one of the most exciting things, and it is even more exciting having that possibility that it is the one you named and that it is back. You don’t get that with many other creatures in the wild.”  Clayton has so far spotted two unnamed manta rays and named them Alex and Kaimana.  “Alex was named after my girlfriend as a birthday present because she loves the sea as much as I do. Kaimana means power of the sea loosely from Kai: sea and Mana: power or spiritual power. I thought of Kaimana because every time I saw one you could tell how graceful they were, but when you got close you could sense the power they had and that they were in control.”  Clayton spends quite a bit of time out in the water, and always goes out of his way to try and get an ID shot for the foundation. 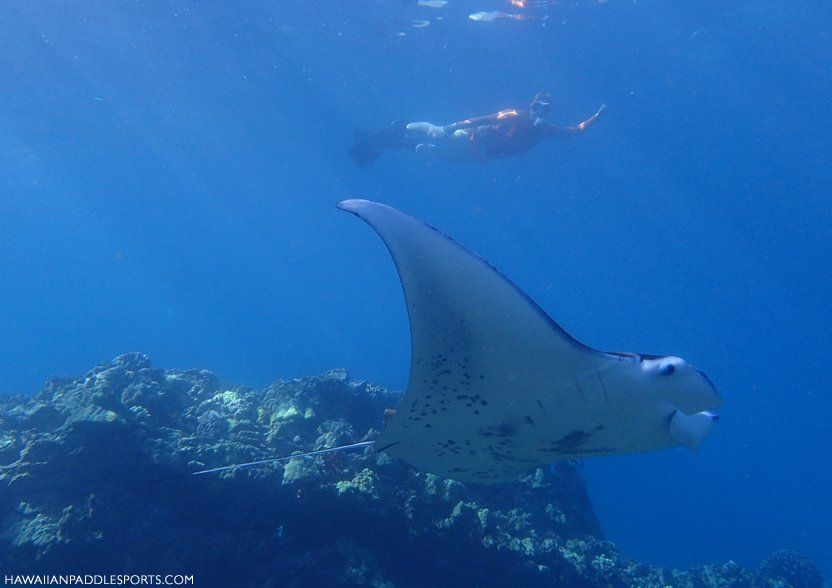 Jay Sistik spotted his manta ray about 150 yards off Po’olenalena (also known as Chang’s Beach) in Makena.  Jay has actually spotted manta rays a few different times in the exact same place, and he believes it’s because of the plankton blooms around the reef.  They circle around with their mouths gaping, feasting on the high concentration of plankton.  After getting an ID shot of one of the manta rays and submitting them to the foundation, he decided to name his manta ray Rae Fidler.  The first half is for his niece, Raelee, which is perfectly tongue-in-cheek.  The second half is his mother’s maiden name.

Curtis Geary saw his manta ray at the cleaning station in Honolua Bay.  Once he got closer, he noticed that she had a damaged cephalic fin.  Despite her injury, she was very friendly and receptive to the company.  After a few barrel rolls, Curtis snagged a few ID shots and submitted them to the foundation.  He named his manta ray Mia, after his niece, which created a new goal since she isn’t his only niece.  “Now I have to find another ray to ID before my other niece gets older!” 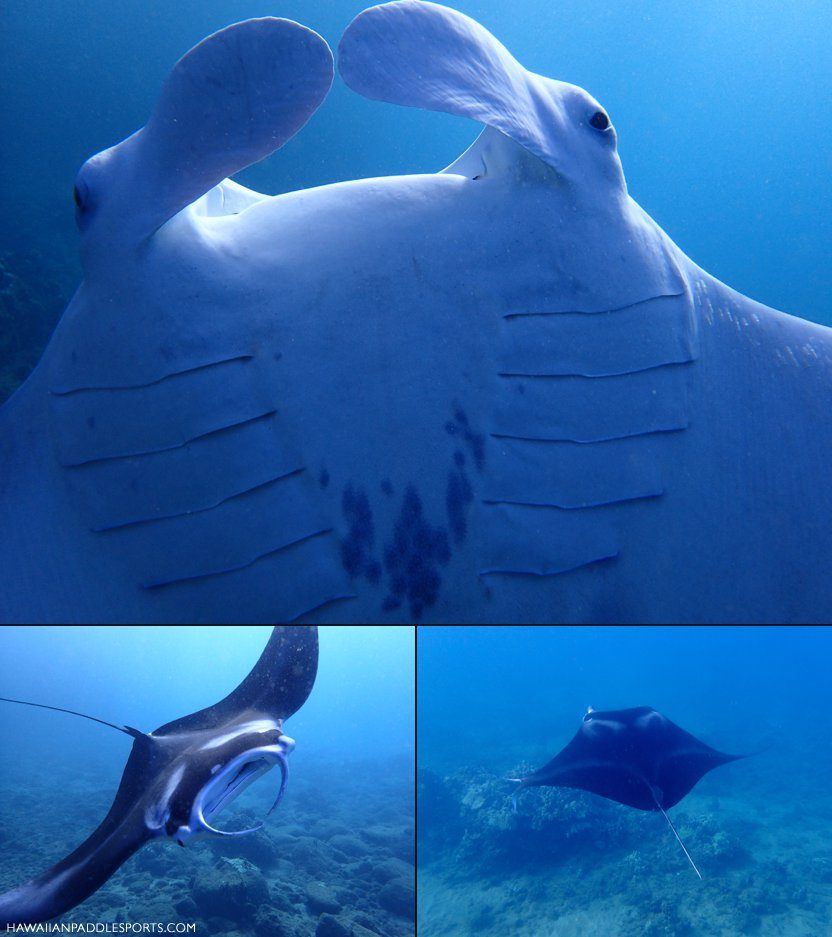 For those that want to know a little more about manta rays, here are a few fascinating facts: