Our mission at Hawaiian Paddle Sports involves more than just our business. Community, culture, and protecting what we love in this world is a big part of who we are. Each month we highlight a local charity, community group or non profit organization. In addition to raising awareness for their cause, we make a financial donation and volunteer our time to help them to accomplish their goals. We are proud to sponsor Malama Maui Nui. 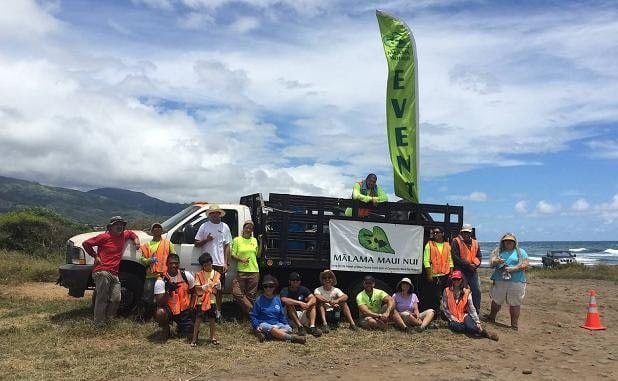 There’s no question about it – Maui is absolute paradise. Our island home is surrounded by beautiful blue ocean, colorful coral reefs, and breathtaking coastlines. Yet like any community, Maui deals with issues such as litter, vandalism, and illegal dumping. These actions not only impact the beauty of our island, but can also threaten sensitive habitats and endangered species. Malama Maui Nui, a local nonprofit organization, tackles these issues head on. Through a broad array of community-based programs, the organization promotes a clean, sustainable future for the islands of Maui County.

“Malama” is a special and powerful word in Hawaii. Translated, malama means “to care for”, and is commonly encountered throughout the islands – from signs at local beaches to conversations about Hawaii’s environment. The phrase Maui Nui refers to the entire 4 island complex of Maui County that includes the islands of Maui, Molokai, Lani and Kahoolawe. In its simplest terms, malama Maui Nui therefore means “to care for the islands of Maui County”. 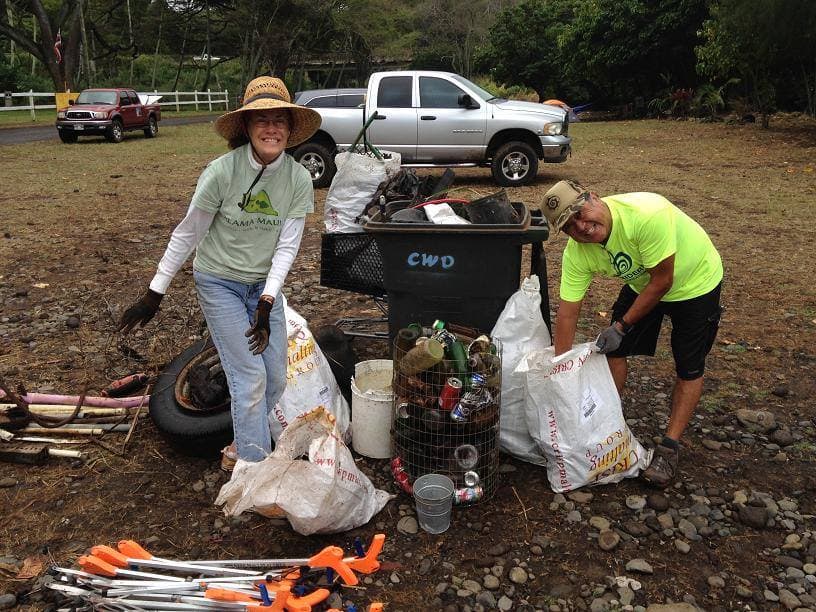 Founded in 1991, Malama Maui Nui (formerly “Community Work Day”) has spent the last 2o+ years providing critical programs and services to the Maui community. The organization originally grew out of a State Department of Health initiative in the 1980’s to address the growing problem of litter and excess waste. Over the decades, the organization has undergone reorganization and name changes. Despite these changes, Malama Maui Nui has remained committed to supporting a healthy environment – on land, in the sea, and within the community.

Today, Malama Maui Nui focuses specifically on projects in Maui County. Ultimately, the organization seeks to educate and empower Maui communities to beautify and maintain our island’s environment. It is Malama Maui Nui’s belief that environmental health is directly related to an improved economy and quality of life.

At first glance, Maui looks pretty pristine. But hidden behind the swaying sugar cane and within the island’s deep gulches is trash – and a lot of it. Whether it’s due to laziness, lack of awareness, or issues with accessing the county landfill, some of Maui’s most beautiful areas are also the island’s most common dumping sites. Large tracts of cane field and open land, including the coastlines at the big wave surf spot “Jaws” and Honolua Bay, receive thousands of pounds of illegally dumped rubbish each year. From abandoned cars to household appliances, unused paint, and propane tanks, these areas are ground zero for some of Maui’s worst litter issues. 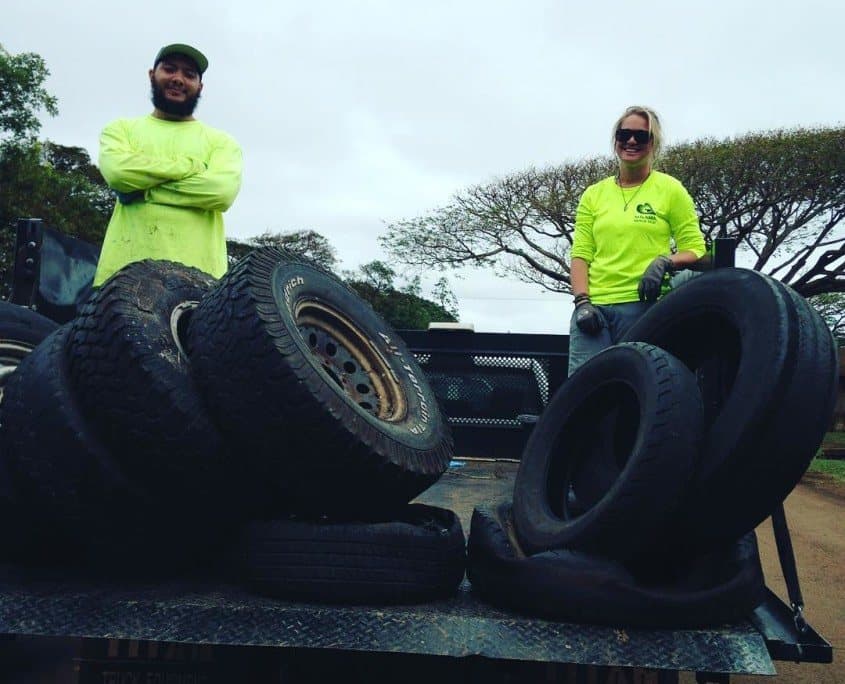 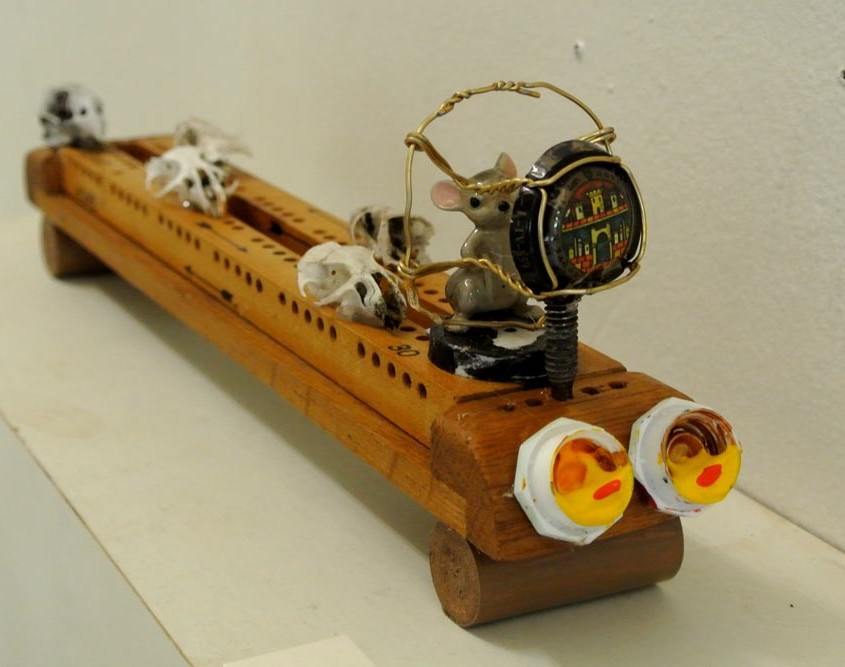 To support Malama Maui Nui’s efforts, Hawaiian Paddle Sports and Maui Kayak Adventures team members participate in cleanups and beautification events, including International Coastal Cleanup Day. A worldwide event, International Coastal Cleanup aims to remove debris from shorelines and waterways, while also collecting valuable data on litter statistics. As part of the cleanup, participants record the types and amounts of trash that were collected. This information is important when requesting funding for cleanup events and also influencing local litter policies. 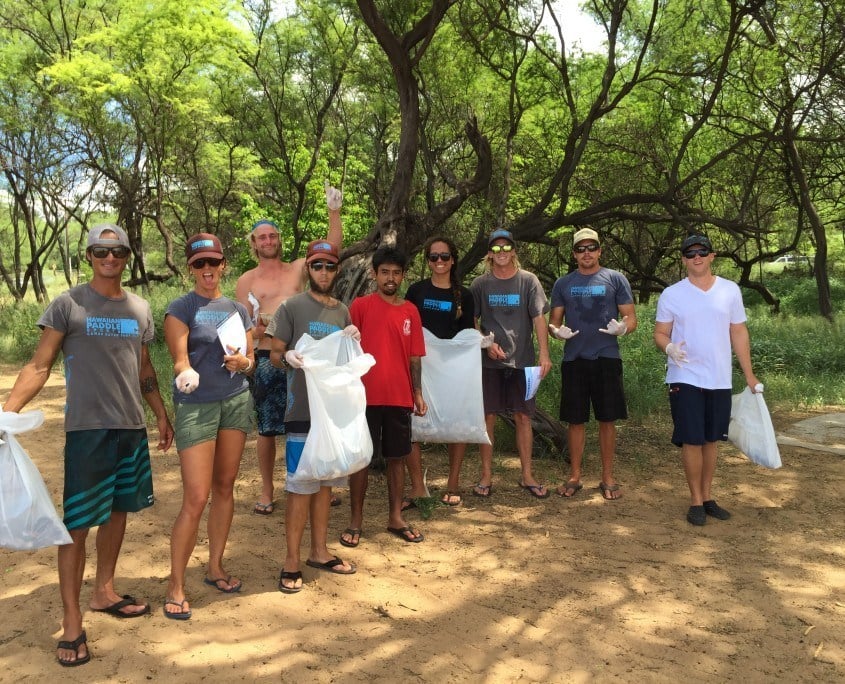 To support a cleaner, healthier island community, Malama Maui Nui provides public outreach materials and programs that are designed to improve local awareness about sustainable living. Check out the latest version of the Maui Recycling Guide, and plan on attending the next Uncovered Truck Demonstration. 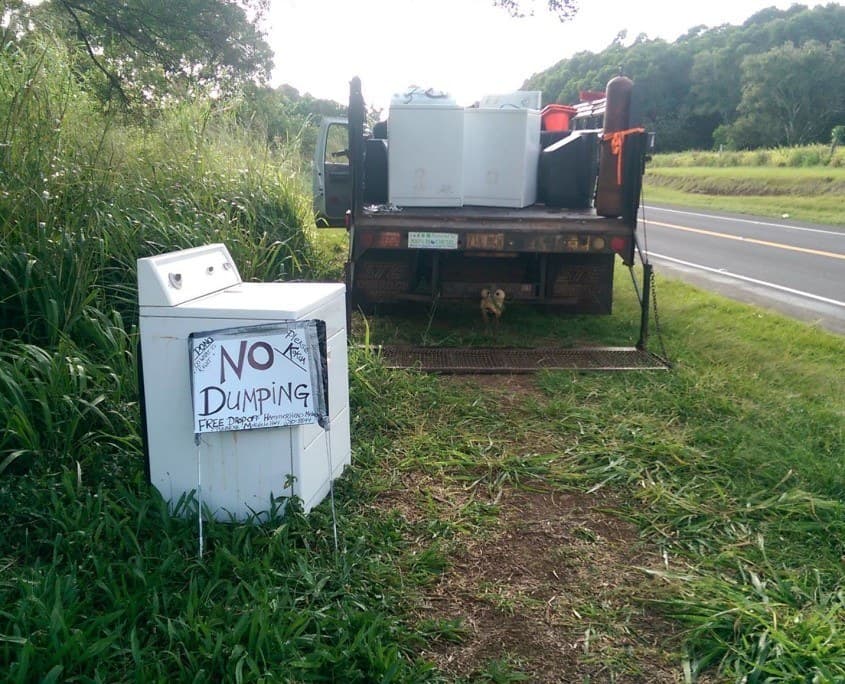 Malama Maui Nui is a nonprofit organization that works directly with the Maui community to improve our island’s beautiful environment. You can support Malama Maui Nui’s efforts by:

For more information, visit Malama Maui Nui’s website and Facebook page, both of which also provide information on upcoming events.