Our mission at Hawaiian Paddle Sports involves more than just our business. Community, culture, and protecting what we love in this world is a big part of who we are. Each month we highlight a local charity, community group or non profit organization to help raise awareness for their cause.  In May 2015, we were proud to sponsor Maui Tomorrow Foundation. 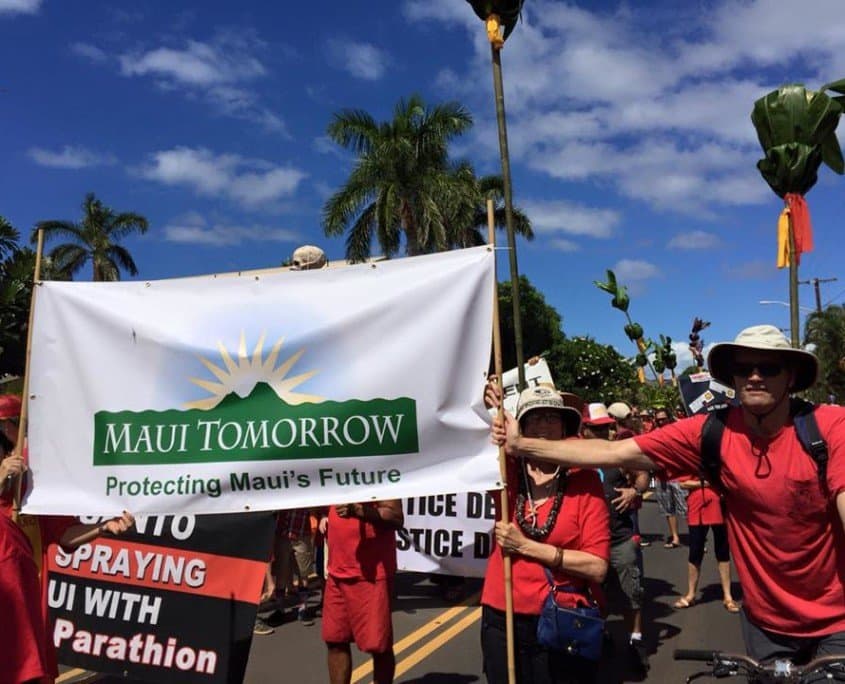 Established in 1989, Maui Tomorrow Foundation serves as one of the island’s leading watchdogs when it comes to the enforcement of environmental and land use laws. For nearly 30 years, the organization has advocated on behalf of Maui’s environment. Maui Tomorrow is known for holding county officials, developers, and businesses to their environmental responsibilities.

Over the years, Maui Tomorrow has made great strides for the island’s water resource, land, and air quality. For years, Maui Tomorrow was a vocal opponent of Hawaiian Commercial and Sugar Company’s (HC&S) widespread sugar cane burning. With its Clean Air for Keiki campaign, Maui Tomorrow raised visible awareness throughout Maui about the health impacts of cane burning. As a result of these efforts, HC&S was issued smoke violations by the state’s Clean Air Branch for the first time in Maui’s sugar history. In early 2016, HC&S announced that it would be transitioning from sugar cane into a diversified farm model. Maui Tomorrow continues to work closely with land owners and the community to ensure that the land is maintained and harvested in a sustainable manner. 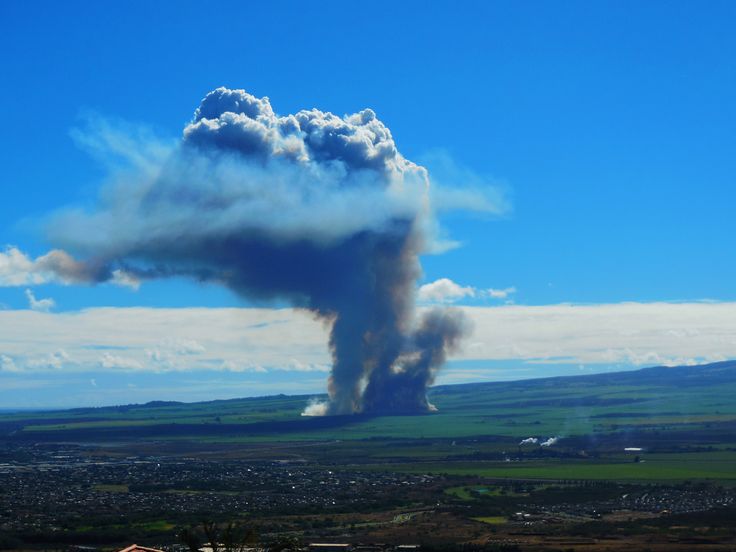 In addition to air quality, Maui Tomorrow is a strong proponent of protecting Maui’s open space and coastal lands. The group has helped halt sprawling developments throughout the island, including in Olowalu, Kihei, Makena, and Wailea. Their efforts have paid off, and a number of important coastal access areas and parks are now protected in perpetuity. 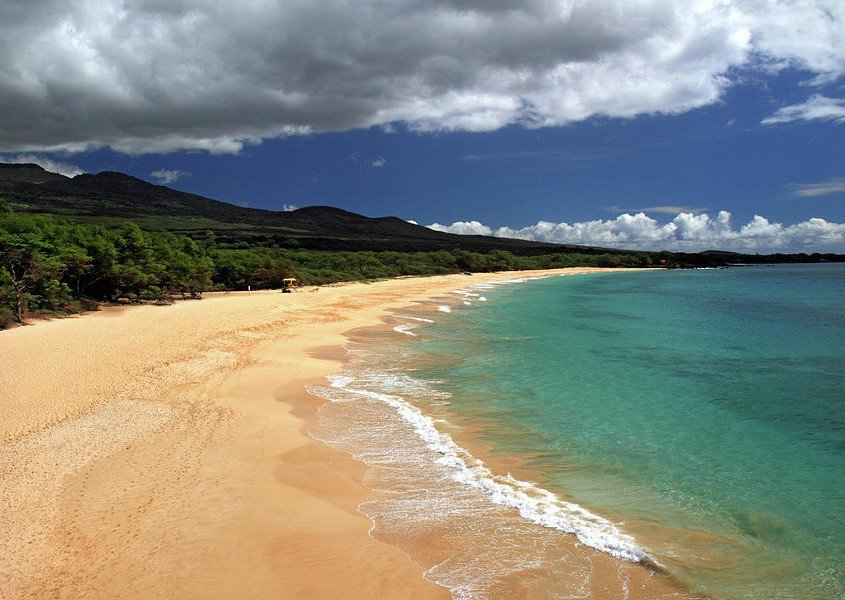 Fresh water – known as wai – in Hawaiian, is another vital component of life on Maui. Not only is Maui tomorrow working with the County of Maui to promote increased use of recycled water, but was also a key player in restoring historic stream flows in West Maui. In Hawaii, water is considered a public trust resource – meaning that it cannot be held under private ownership. Despite this fact, private sugar and pineapple plantations diverted water from a number of West Maui’s streams for over 150 years. Together with Hui o Na Wai ?Eh? and Earthjustice, Maui Tomorrow was successful in restoring flow to Waihe?e, North & South Waiehu, and Waikap? Streams, and Wailuku River. 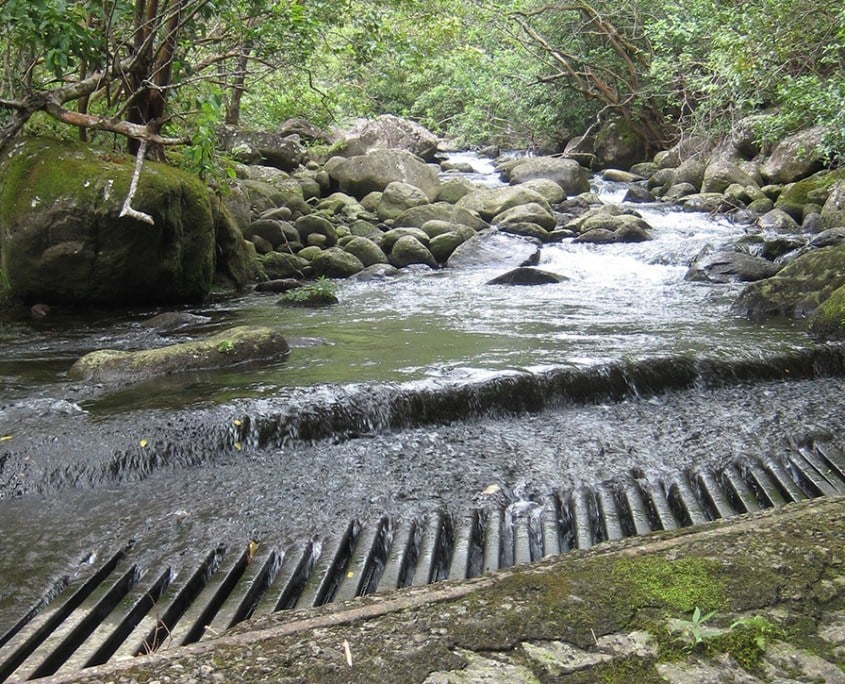 A big part of Maui Tomorrow’s focus is developing sustainable options for Maui’s future. While developers and landowners continually advocate for their specific projects, many times without considering the broader implications, Maui Tomorrow stresses the importance of evaluating each project in terms of the “big picture”. To this end, the organization researches alternatives to development and shares these findings with government officials, planners, the public, and even landowners themselves. This combination of vigilance and foresight has resulted in numerous victories on behalf of the Maui community.

Recently, the nonprofit released Malama ‘Aina: A Conversation About Maui’s Farming Future. The report evaluates various farming opportunities and scenarios for the 36,000 acres of former commercial sugar lands in Maui’s central valley. For a state that imports 90% of its food, developing solutions that increase local food productivity is a critical step towards creating a more self-sustaining community. 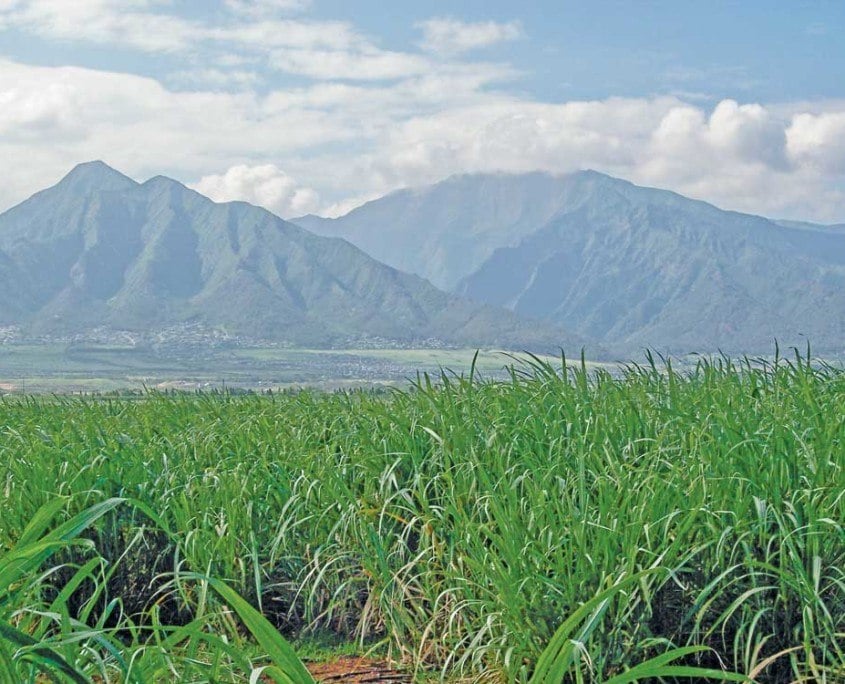 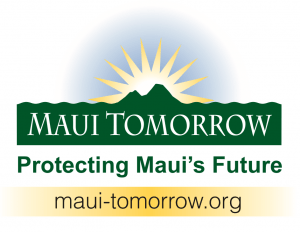 Maui Tomorrow is an important, vocal champion for Maui’s future. By working within and among the community, the organization promotes the interests of  Maui residents.  As a small nonprofit, they rely on our support and participation. You can help shape Maui’s tomorrow by: