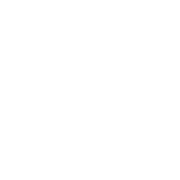 Aloha, due to strong North winds the paddle portion will be cancelled. If you were one of the first 75 people to register and donate $25 or more we will email you. Tshirts can be picked up between 7-9am at Kihei canoe club and food or monetary donations can still be brought for Maui Food Bank at those times also. Mahalo for Supporting Maui Food Bank! 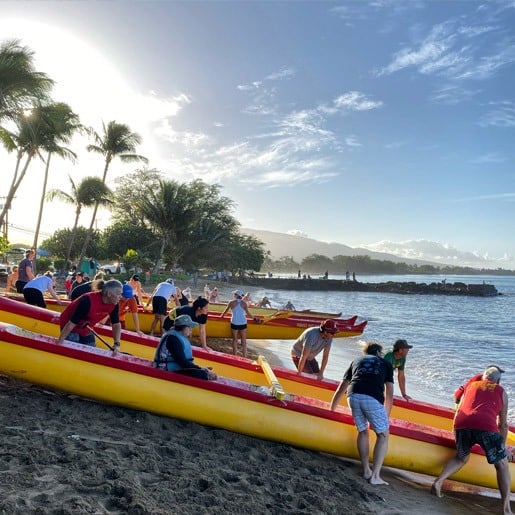 Grab some friends and join us Nov. 24 at 7 a.m.  The event is FREE and open to the public but registration is encouraged.  Donate $25 or more to Maui Food Bank to get a 2022 event t-shirt and a chance to win raffle prizes. Come by Kihei Canoe Club between 7 a.m. – 11 a.m. on Thanksgiving day to drop off your food donations and pick up your t-shirt. (No t-shirt pick up is available outside this time, and delivery or shipping is not available.)

We look forward to seeing your Paddle For Hunger posts! 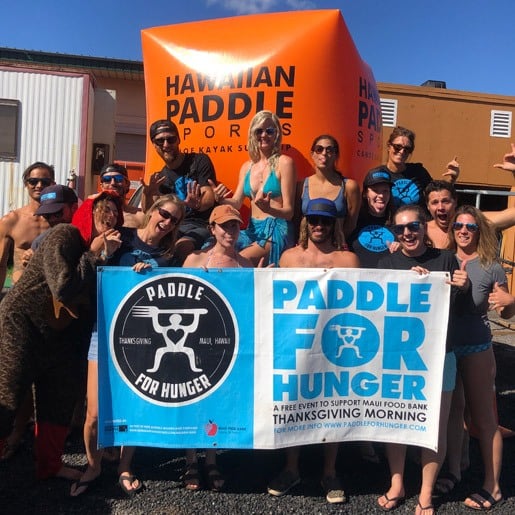 Use the Donate link on this page to donate now to Maui Food Bank.

Donate $25 or more and receive a free Paddle For Hunger t-shirt (while supplies last). 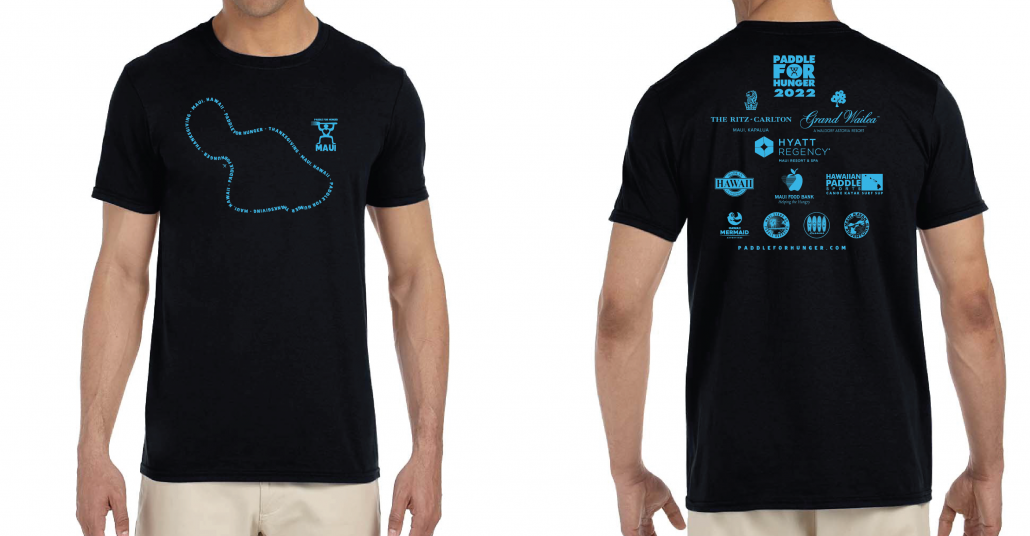 Maui Food Bank is in need of: canned goods (including tuna, meats, fruits, vegetables, meals, and soups with protein), cereal, rice, and pasta. Items can be dropped in any Maui Food Bank collection bin around town or you can donate online.

Get outside with your outrigger canoes (OC 1-6), V1, surfskis, stand up paddle boards, prone paddle boards, surfboards… or anything else that floats. 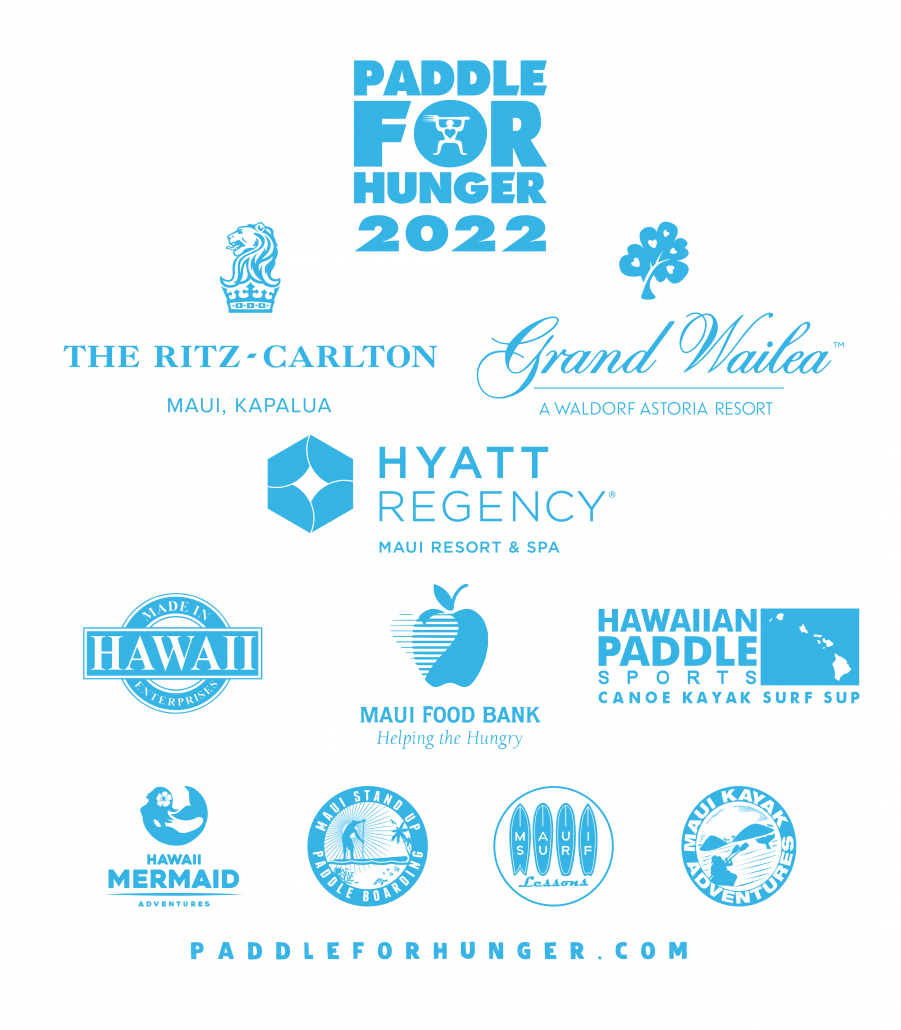 To learn more about Hawaiian Paddle Sports’ mission, values, and community give back program, visit our About Us page.

“Like” the Paddle For Hunger page on Facebook to stay in the loop with the latest news and updates.